Using Dundas House, the neoclassic historic home of RBS as a canvas: Double Take projected a short animation transforming the facade into a vividly colourful and engaging spectacle.

The RBS campaign facilitated by Stripe Communications, which began as the busy festive shopping season approached, encouraged shoppers to stay safe online by taking a number of simple precautions with their online banking. 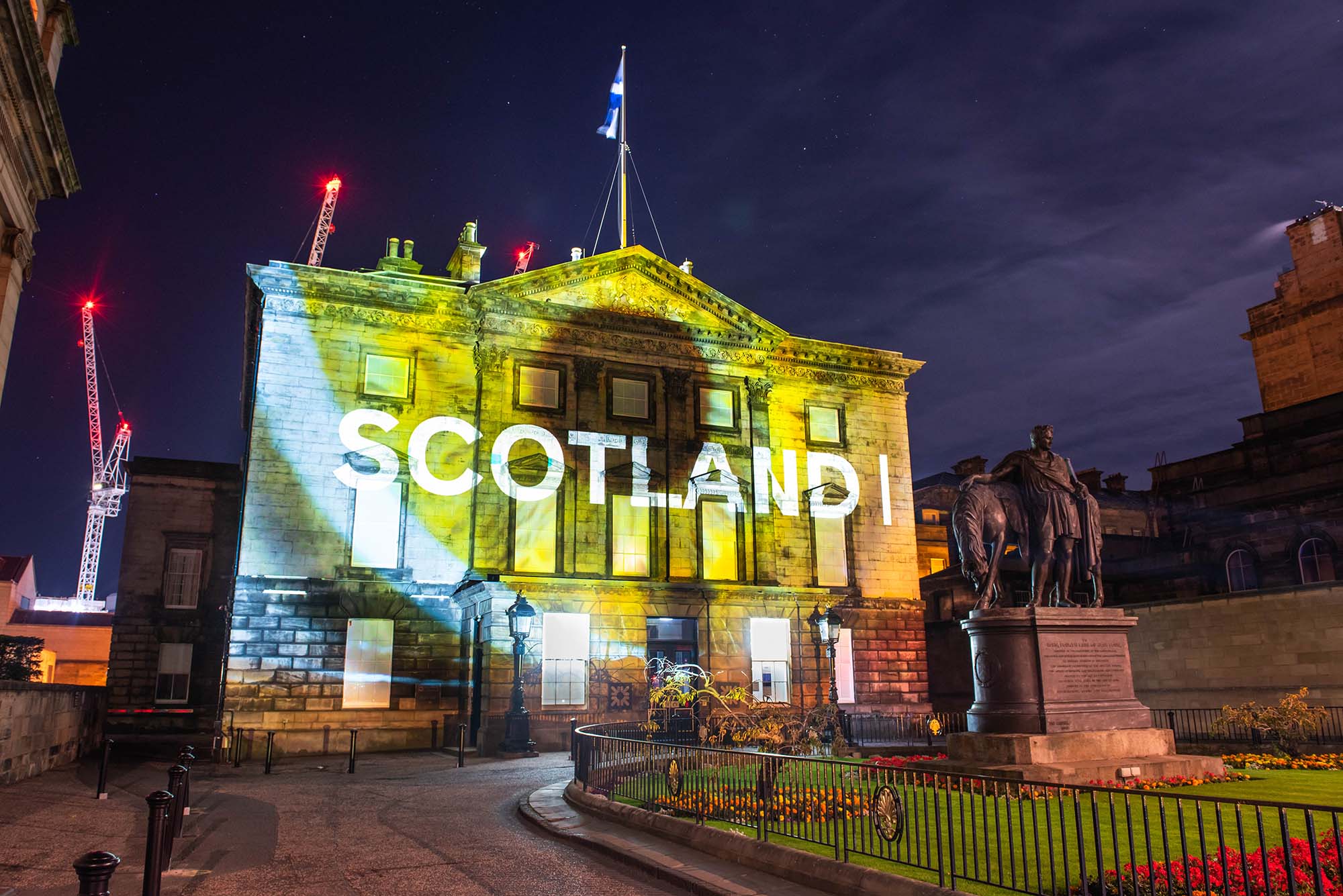 “RBS has just launched a campaign with a large-scale projection across its historic Dundas House home in the city’s St Andrew Square, to remind Scots to stay safe in line.”
Edinburgh Evening News 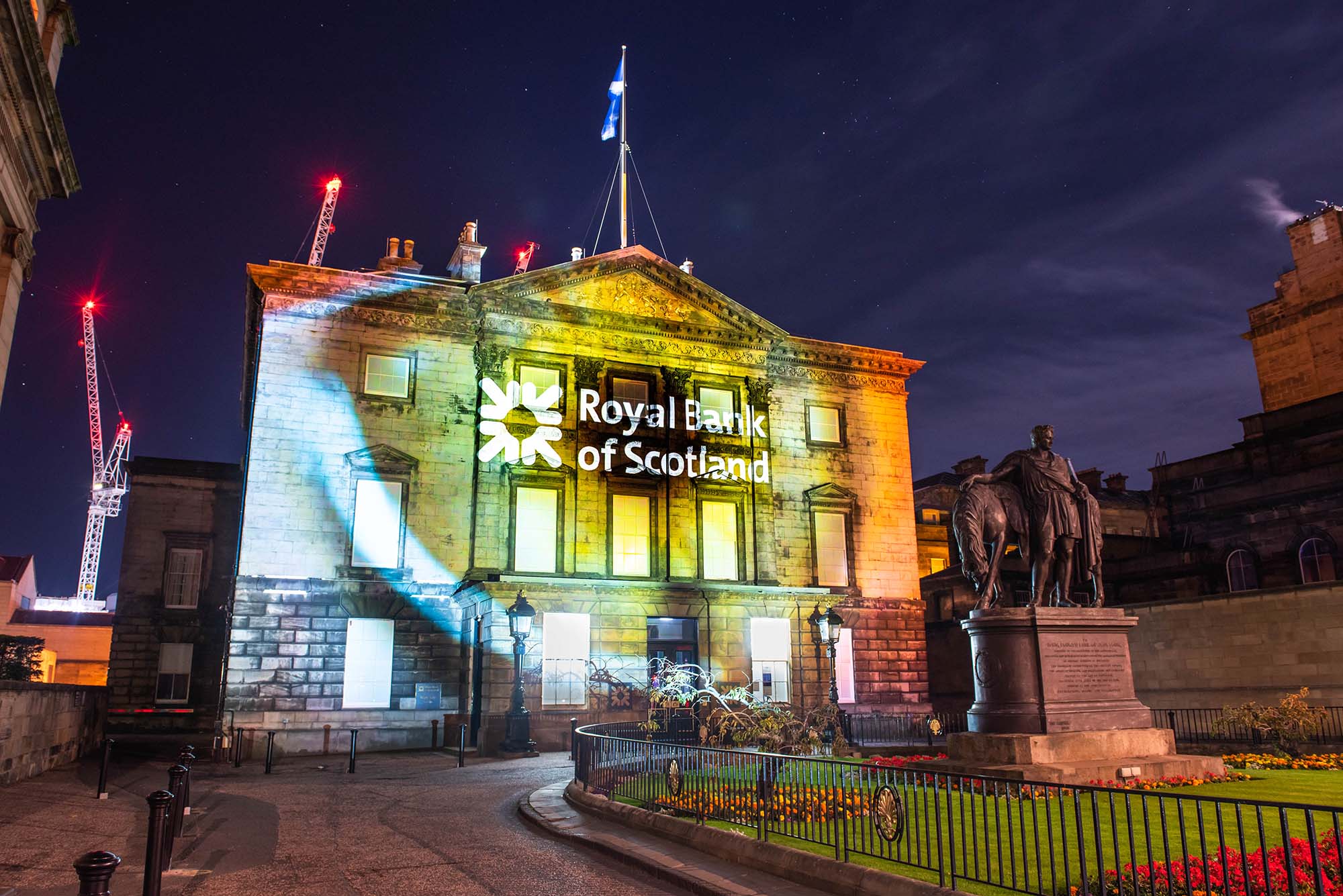 The creative was to be produced by MadeBrave. Using our expertise in creating content for large scale installations Double Take Projections were tasked with projection mapping, rigging and logistics.

The facade was photographed from numerous angles with the resultant images stitched together in Photoshop to create a high-resolution scale template of the building. This allowed the animators at MadeBrave to make informed decisions about the positioning of key areas of content. With a Big Brother-style eye blinking in the background and the words ‘hacker’, ‘blagger’ and ‘cyber thieves’ darting in and out of view, the security campaign aimed to remind the public that one in six Scots have been the victim of online fraud.

Statues and fencing obstructed the line-of-sight to the facade meaning we were required to use three projectors to gain full coverage. White vinyl was applied to the windows to maximise the canvas size and impact of the projection.