Skip to content
Chelsea & Three – Back to the Bridge

THREE BRING THE BRIDGE BACK FOR LIFELONG FANS

Chelsea & Three – Back to the Bridge

As stadiums around the world fell silent, fans were left desperate to get back to the atmosphere, emotion, and joy of a match day.

We gave two lifelong Chelsea fans the opportunity to return to their beloved Stamford Bridge.
By recreating the excitement of the stadium during a game, this couple were transported ‘Back to the Bridge’ for an experience that will stay with them forever. 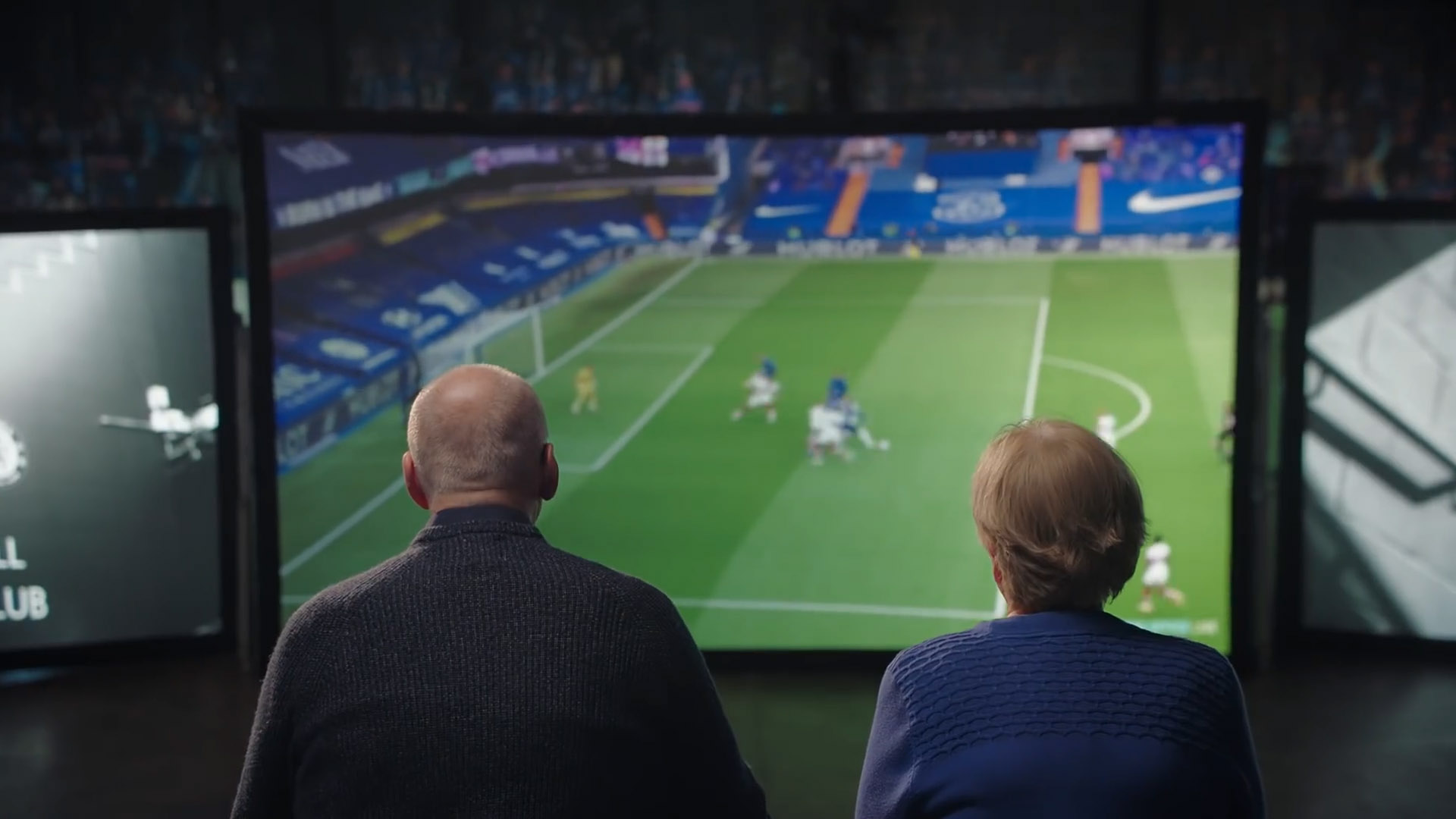 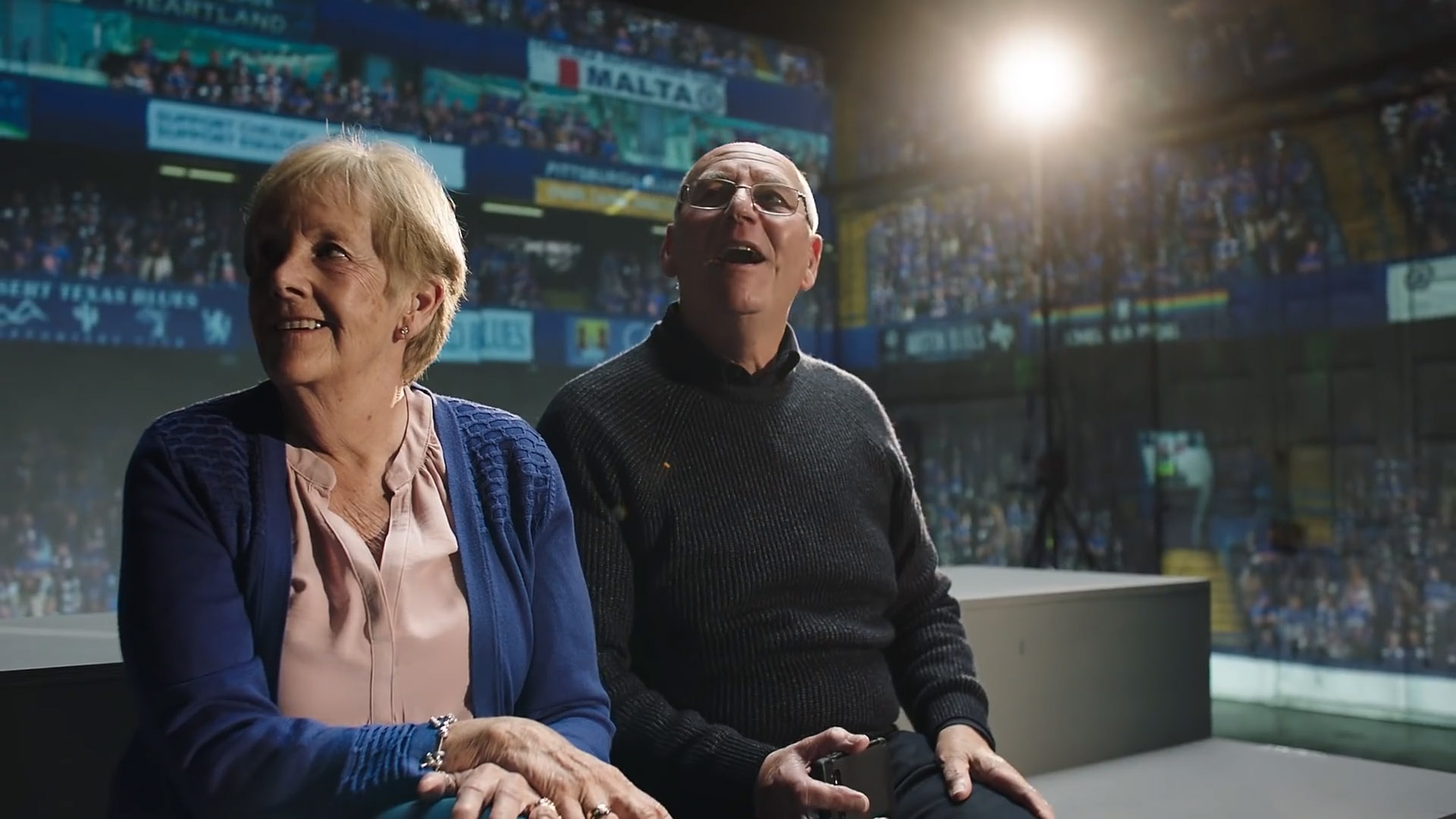 With the majority of the UK now in its second national lockdown due to the Covid-19 pandemic, the stands at the Bridge have been sadly empty of supporters since March as fans have to satisfy themselves with watching games at home on the television without the usual buzz of the matchday atmosphere in SW6.

However, for two season ticket holders who had dreamed of celebrating their 50th wedding anniversary with their fellow fans at The Bridge, we brought the atmosphere to them for the day. 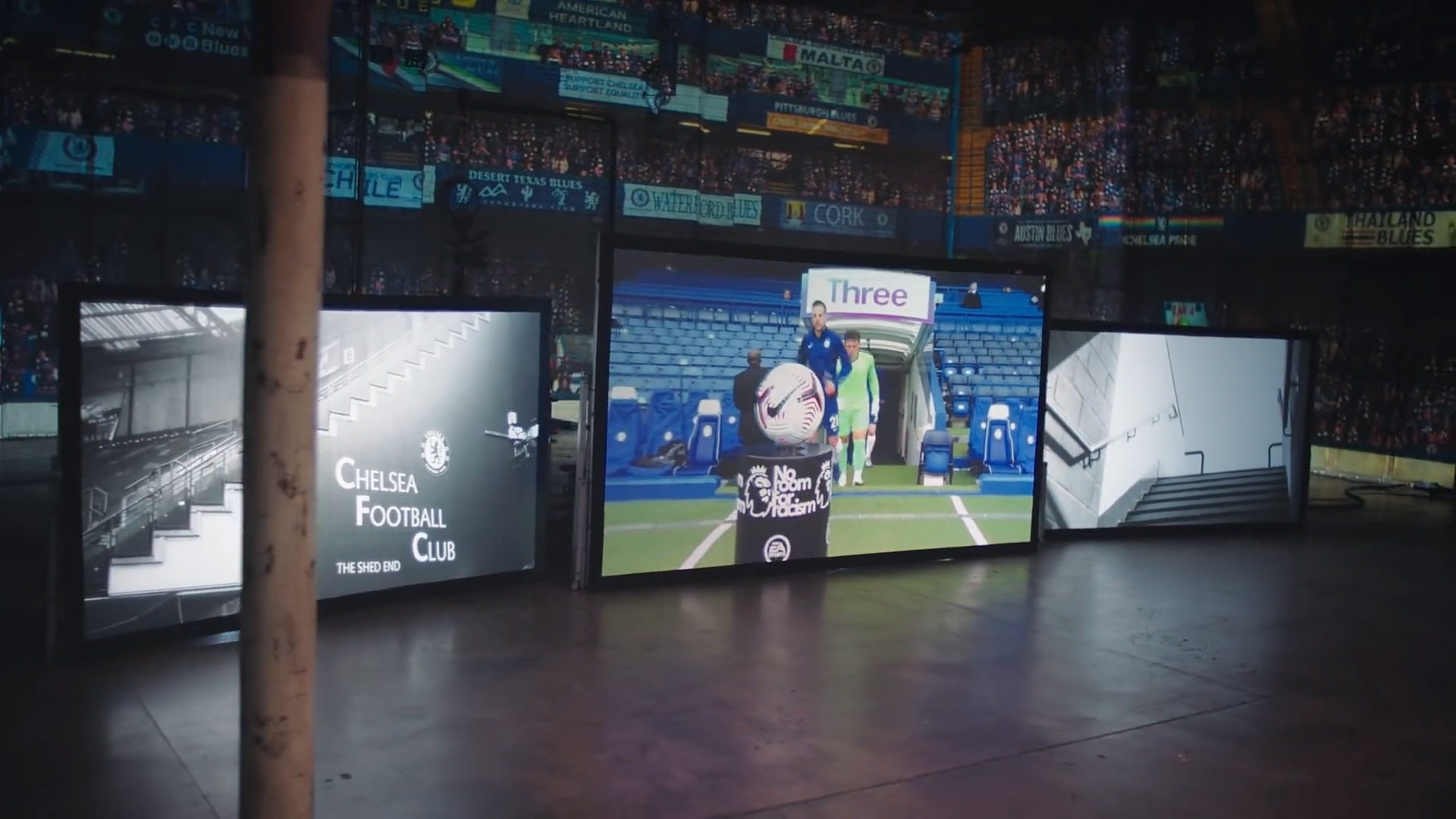 Dave and Cathy were transported back to the Bridge and the magic of 3pm on a Saturday, as Three used cutting-edge technology and the power of connectivity to turn a derelict London warehouse into a 360-degree immersive recreation of the stadium. Each fan in the virtual crowd was individually filmed, in a green screen studio and composited to create the impression of brimming terraces.

‘It was an absolutely fantastic experience to be able to be back at Stamford Bridge for matchday with Cathy,’ said Dave. ‘Within the first few minutes of the game, I really felt like I was back at the Bridge again, getting lost in the chanting and seeing all the other fans around us. We really thought we weren’t going to be back in the stadium this year, but part of me feels like I have now. It’s really made us want to get back more than ever.’

The couple got to spend their golden anniversary transported back to a packed Stamford Bridge watching the game alongside 40,000 supporters, who were each filmed individually, to the soundtrack of the stadium provided by EA Sports Atmospheric Audio.
That meant for two lucky fans and 90 minutes at least, the electric atmosphere of the Bridge was alive once again for the first time in eight months. 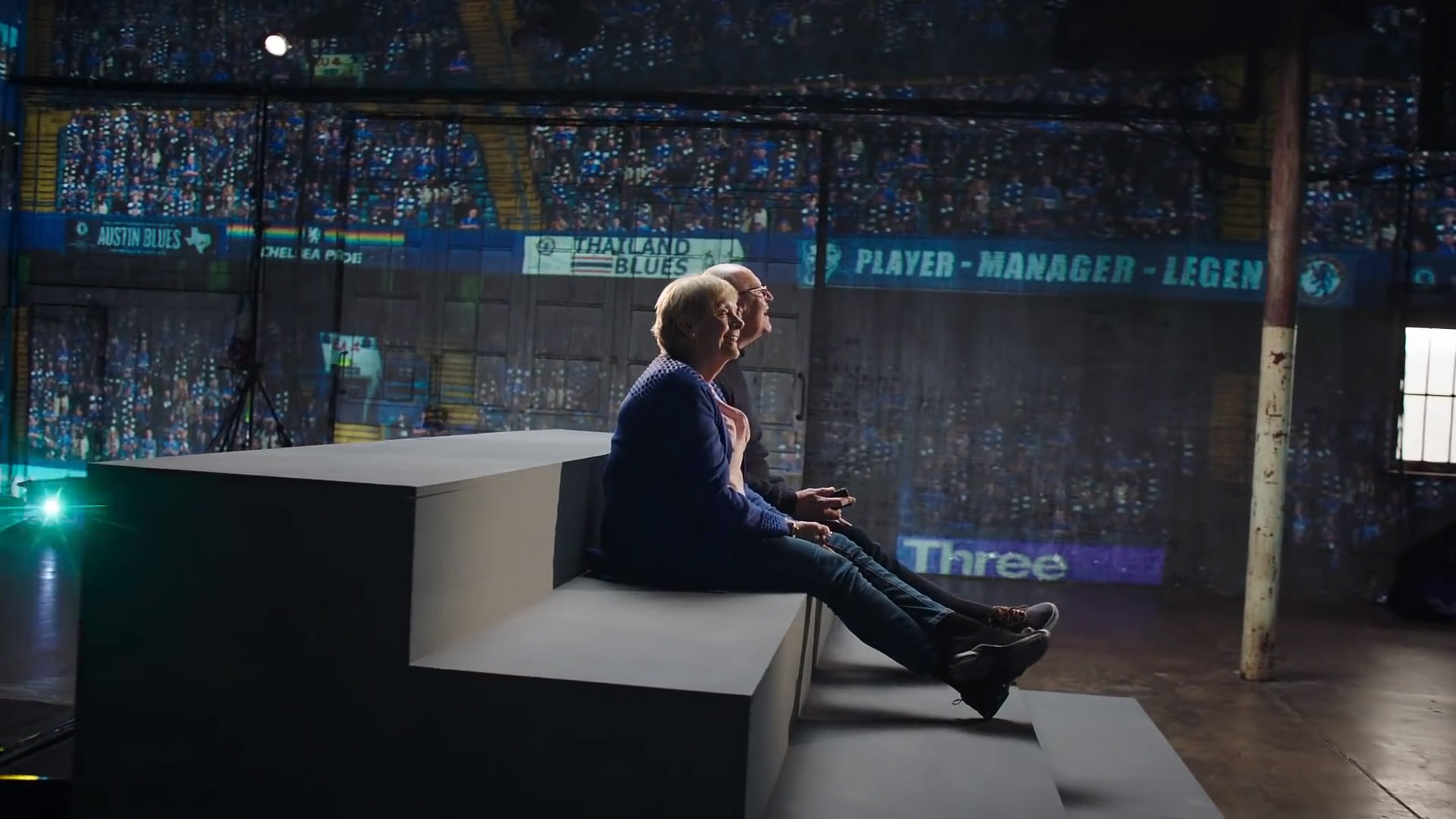 We loved Dave and Cathy’s story and we were thrilled to be able to help them experience matchday once again. We just wish we could have done it for all sports fans!

Guy Laurence, CEO at Chelsea FC, added: ‘This was an innovative idea from our partner, Three, and through the power of connectivity they managed to capture the matchday experience for this couple’s anniversary, which was so special. It’s clear to everyone how much the fans are sorely missed at sporting arenas around the world. When it is safe to do so, we look forward to welcoming back our fans to Stamford Bridge and the incredible atmosphere they create.’