Nicola Sturgeon, Scotland’s First Minister, pressed ‘the button, to signify the opening of the Queensferry Crossing. We had the privilege to produce Scotland’s largest ever lighting installation for the launch of the country’s newest iconic structure. Our dramatic lighting of the Queensferry Crossing, against the backdrop of the Forth Bridge and Forth Road Bridge, was viewed around the world on news broadcasts and extensively on social media. We illuminated the new £1.35bn Queensferry Crossing to mark the historical event when the bridge was officially handed over from the contractors to the Scottish Government. 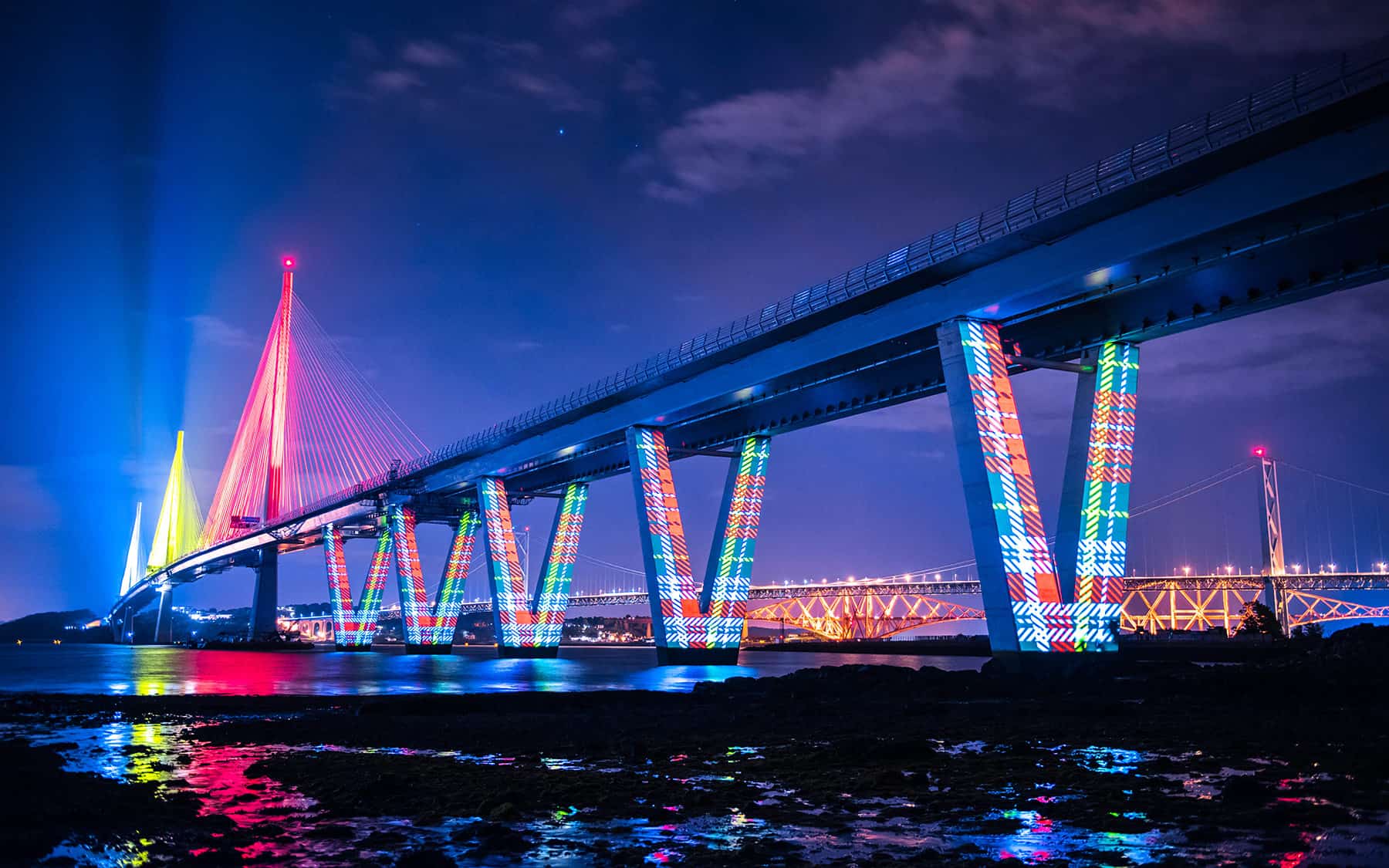 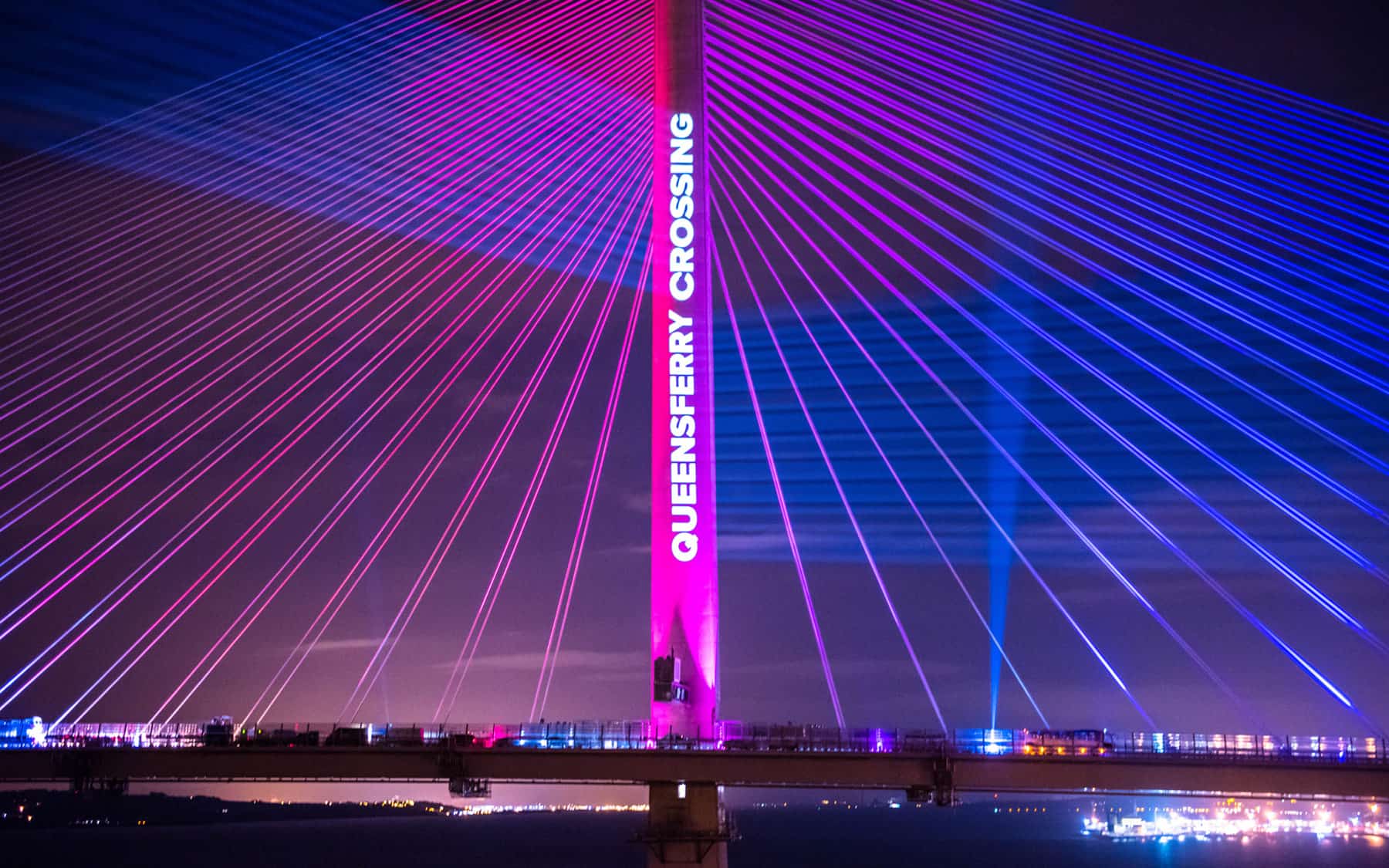 Double Take Projections were commissioned by Transport Scotland to produce the lighting scheme to achieve a spectacular reveal for the official hand-over ceremony, signalling the completion of this historic project. First Minister, Nicola Sturgeon, pressed the switch and the projections were beamed over the entire structure. The moment was marked by an elegant and eye-catching sequence of projection light show illuminations, showcasing the Queensferry Crossing to the world as Scotland’s newest Icon.

To date, this is Scotland’s longest ever lighting project at 1.7 miles long. Our lighting was part of a mixed-media display which included projection, to reveal Transport Scotland’s impressive master-stroke of engineering. The Crossing structure, with its innovative design, provided us with a unique projection mapping opportunity. Our production team set up projection bases at the harbourside and on the original Forth Road Bridge to beam on to this massive structure. 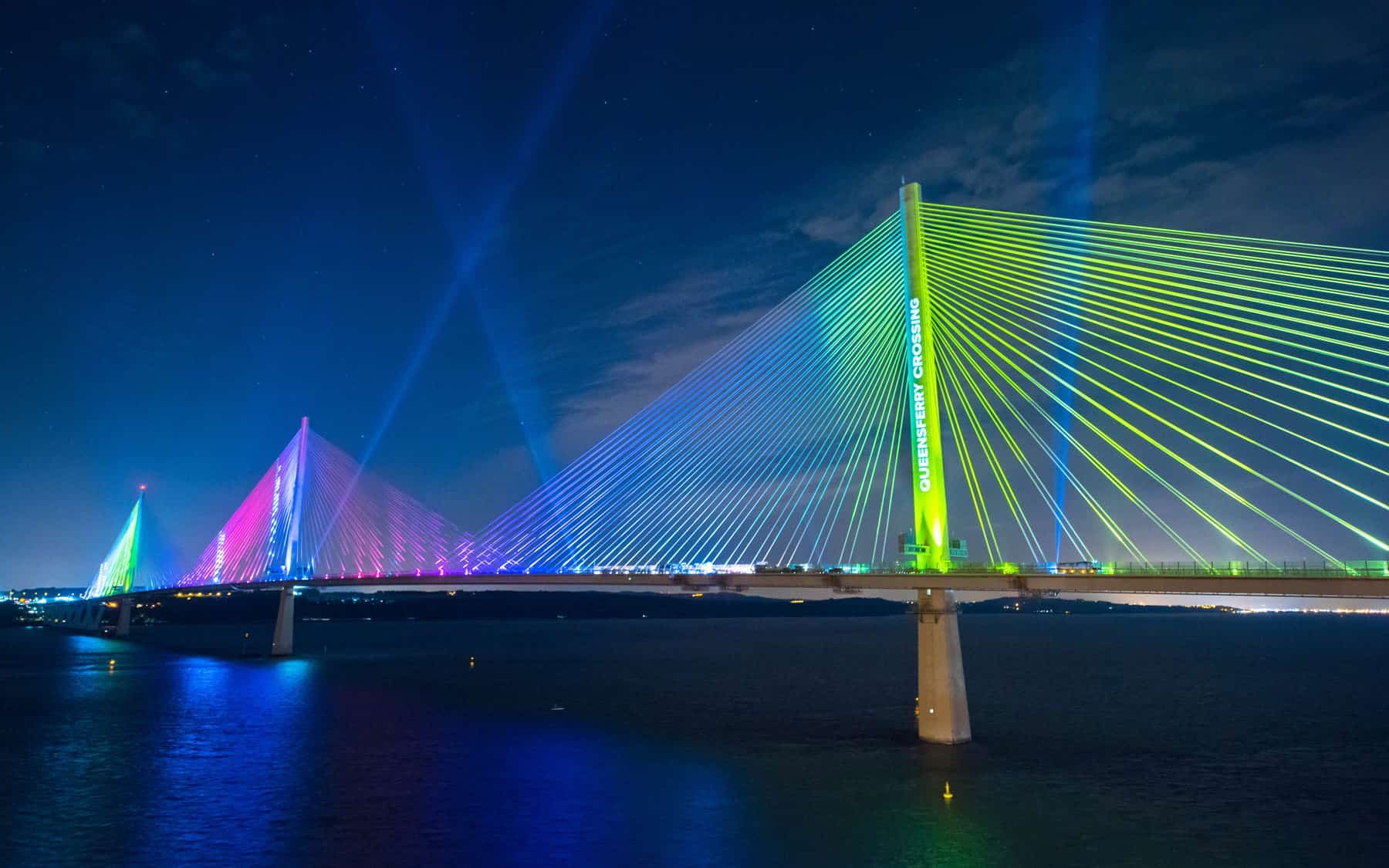 Double Take Projections had to overcome massive geographical obstacles and find locations on the bank where we could hit the columns without the structure casting shadows on itself. Gaining access to a site, which was still under construction, to plan our projection mapping presented its problems. We created a full site survey and dimensions of a physical structure that wasn’t yet on a map. We had to laser measure different elements of the partially constructed façade.

As well as heading the project, they also wanted Double Take Projections to create compelling images and videos that would resonate around the world. Our graphic designers created a sensational bespoke tartan animation which was projected onto the pillars of the bridge. Using a variety of techniques, we created photographic and 3D Models that formed the template for each of the facades we intended to project on. We then used this data to inform the shape and design of the content. We interviewed kilt-makers about the weaving process, allowing our studio to design a tartan based on Rosebery Colours and Caledonian Tartan.

We were the head production company with full control over the entire budget of the event and the aesthetic requirements. Everyone involved in the production on the bridge lighting was managed by Double Take Projections in conjunction with the Scottish Government. Double Take Projections contracted and led eight separate suppliers, making sure they met their contractual obligations as well as strict health and safety requirements on the bridge. 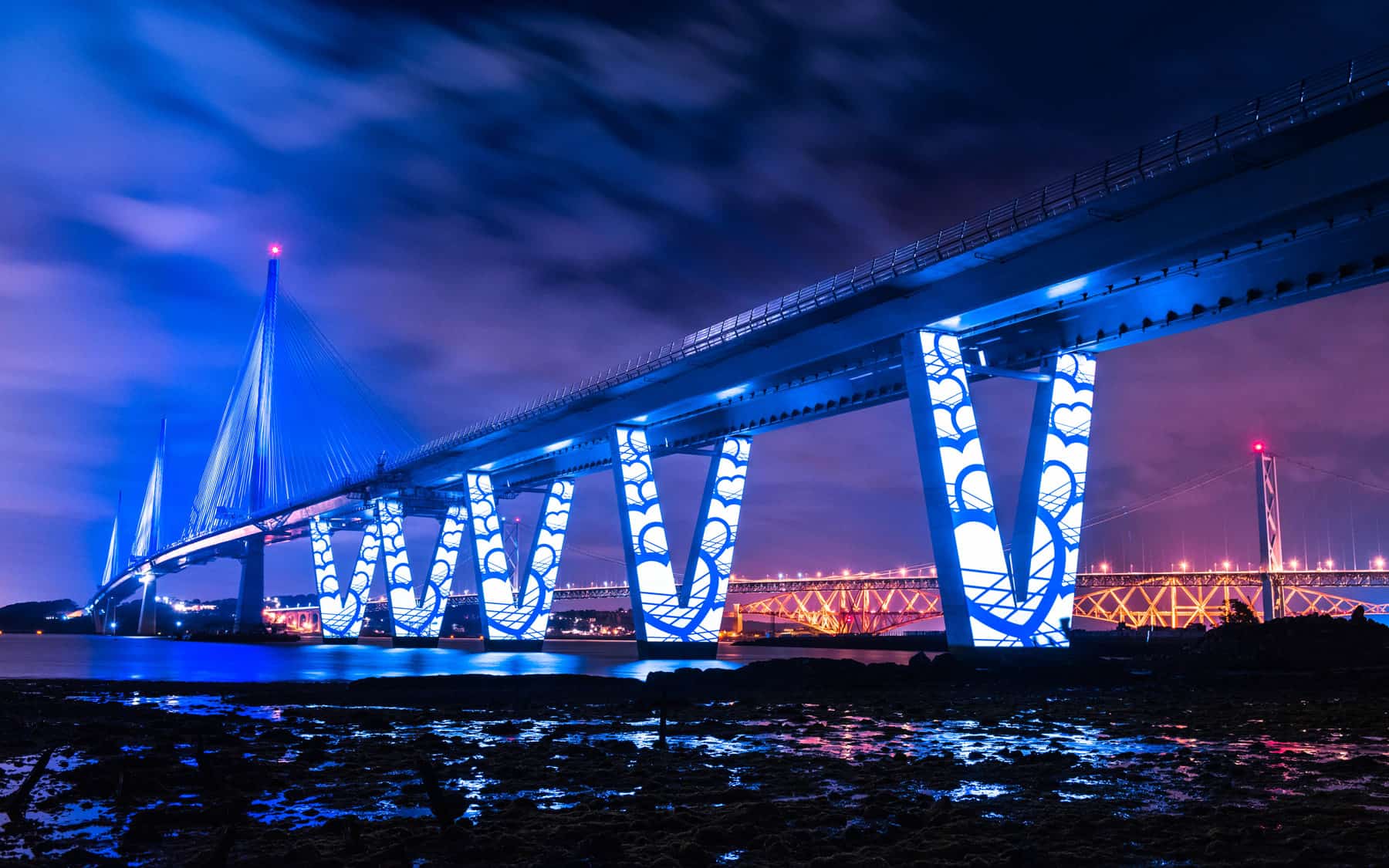 The projection light show was covered by press nationwide and thrilled audiences in Scotland and beyond, becoming one of the biggest Scottish news stories of the year.

“Double Take Projections came into a daunting task – lighting the new 1.7 mile-long Queensferry Crossing – with an even more dauntingly short lead-in time. Without their technical expertise, good-humoured flexibility, industry contacts and enormous creativity, it’s fair to say the results would not have been as stunning and memorable as they were. Double Take created images that justify the term “iconic” when we talk about the new bridge, and there is no question they will live on in history. I would not hesitate in recommending their services to others.”
Campbell Docherty, Communications Advisor to the Queensferry Crossing project (Transport Scotland)

‘what better image for a new Scottish icon – piers turned to tartan to celebrate the opening.’
Queensferry Crossing Facebook