Watch and discover the powerful role language has played in Scotland’s history and heritage through our visual spectacle. Historic Environment Scotland commissioned Double Take Projections to create this video to launch their new Gaelic Language Plan. 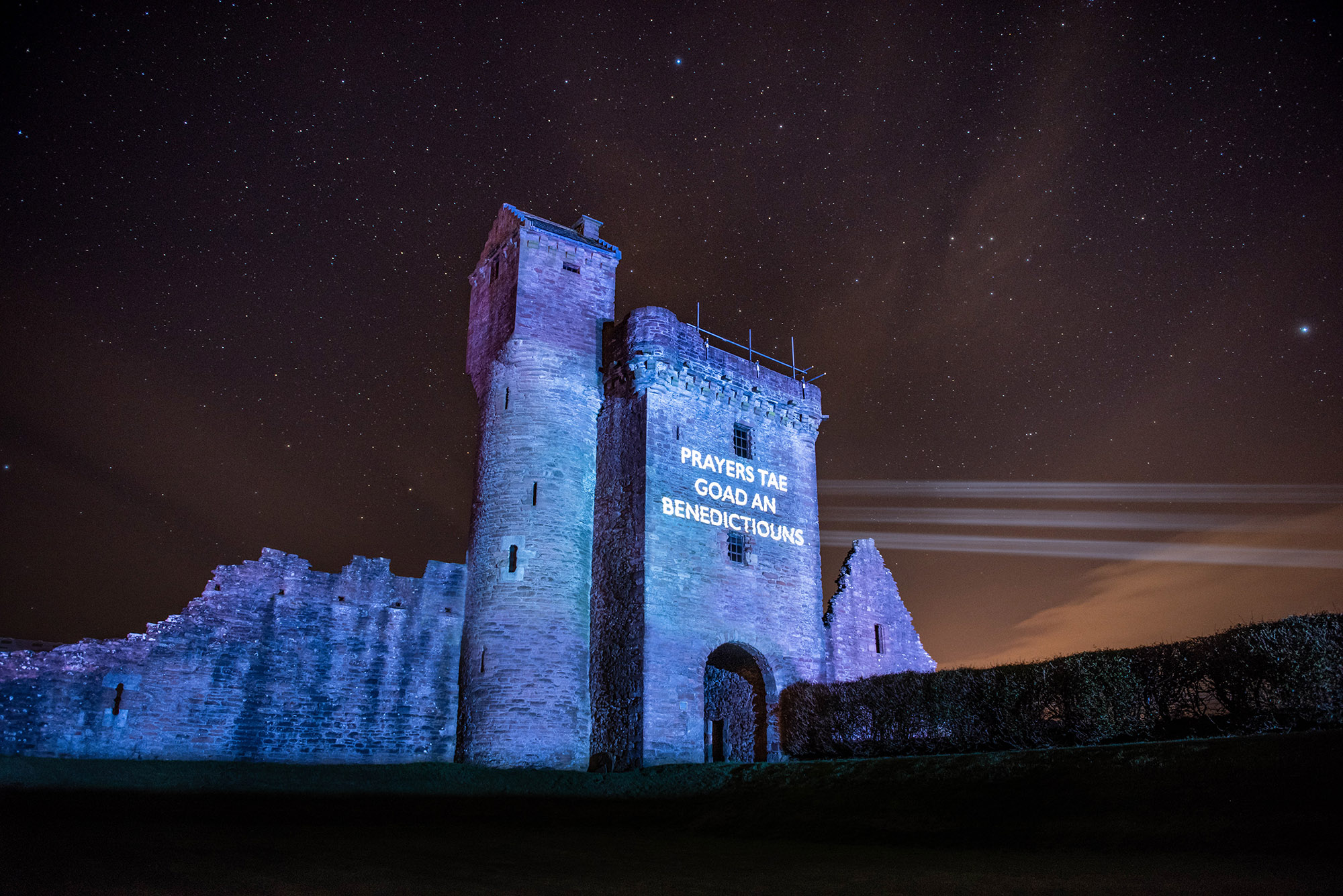 Gaelic and Scots in the Historic Environment

Historic Environment Scotland wanted to highlight the associations that our historical sites have with Gaelic and Scots language and culture while demonstrating the importance of these cultures to Scotland’s history and heritage. The aim of The Gaelic Language Plan is to encourage staff to learn the language, where possible, and highlight the influence of Gaelic on the history of its sites and objects in its care. 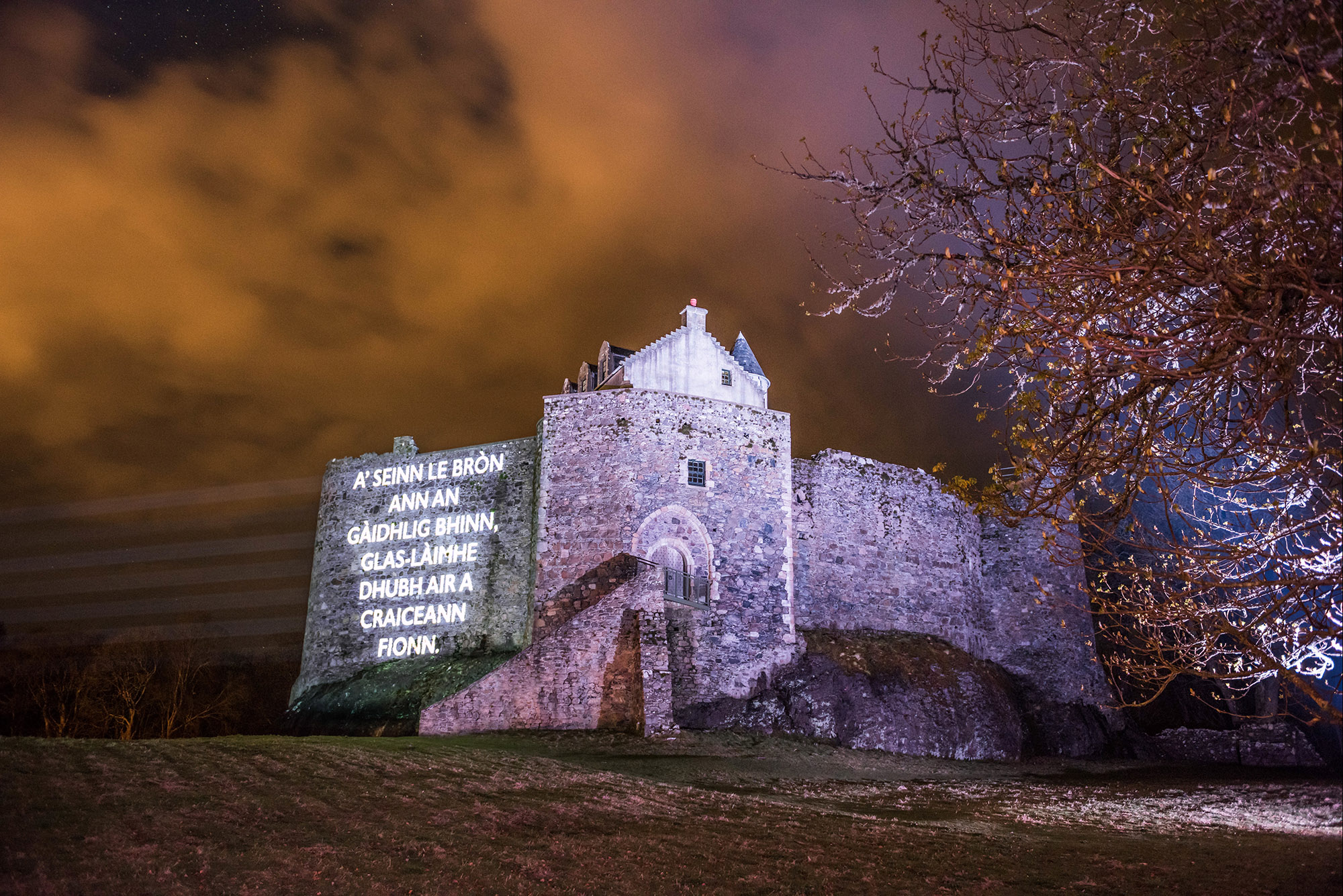 Shooting Òran nan Clachan using time-lapse photography was the perfect option, not only to showcase the projections but to communicate the beauty and wonder of some of Scotland’s historic sites and monuments. Shooting in RAW format was incredibly time consuming but allowed us to pick out a massive amount of the monuments’ details, including the environmental elements around them. Time-lapse offers the ability to see the surrounding elements sped up as time advances – a perfect way of visualising the connection between Gaelic & Scots and their material culture.

The Double Take Projections team’s first port of call was to consult the moon cycle over the chosen shoot months. When filming a projection through timelapse, the environment around the projection relies on ambient light to be balanced in exposure. We felt this would be best achieved naturally, rather than artificially, and so the project was dictated by when the moon was most active. As the film was shot over the summer months, we were shooting late into the wee hours of the morning. Due to the sun setting later the further north you travel; we did not get started shooting on Kisimul Castle on Barra until well after 11 pm.

“I thoroughly enjoyed working with the Double Take team to launch our Gaelic Language Plan 2018 – 2023 with a projection and film project utilising historical sites as a poetic canvas. From concept development and planning, through working on logistics, shooting and creating the final product, Double Take were highly impressive in their competent, creative and professional manner. I would definitely work with them again, and would suggest that others do also.”
Ruairidh Graham, HES Gaelic Officer